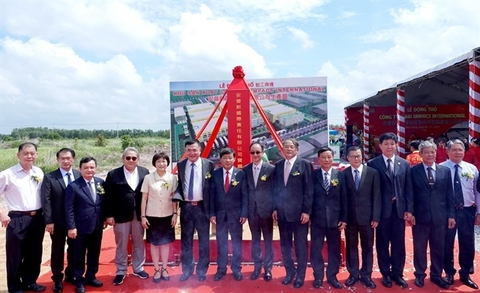 The construction of a factory specialising in manufacturing electronic headphones began at the Bau Bang Industrial Park in Binh Duong Province on Thursday.

The project, which has total investment of nearly VND280 billion (over US$12 million) for the first phase, is being carried out by Ampacs International Co Ltd, a joint venture between Ampacs Group of Taiwan (China) and DDK Vietnam Investment and Development Co Ltd.

The factory, the third biggest of its kind built by Ampacs after two others in China, will be put into operation in June 2021.

He hoped the group would continue expanding its investment in Binh Duong and attract more investors to the province.

The official noted that in the first five months of 2019, Binh Duong attracted over $1 billion in foreign investment, a year-on-year increase of 58 per cent, fulfilling 77 per cent of the annual target.

The province was now home to more than 3,600 foreign invested projects with total registered capital of nearly $33.4 billion, he said.