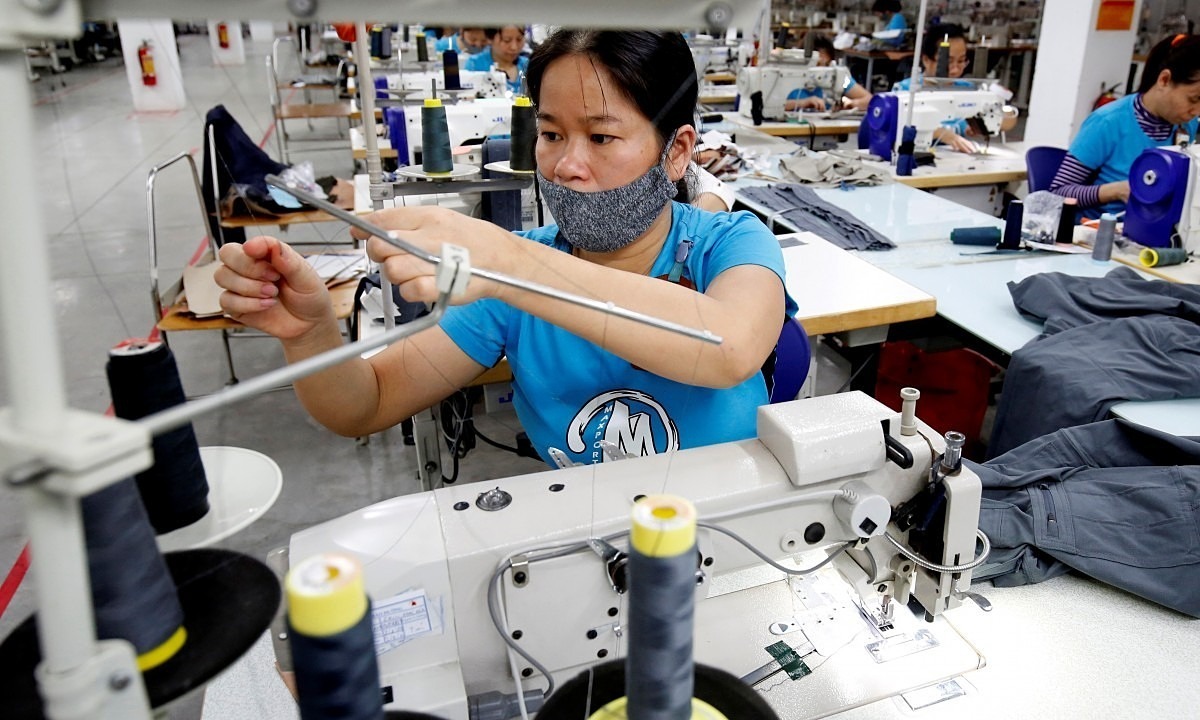 Laborers work at a garment factory in Hanoi. Photo by Reuters/Kham.

Vietnam ranks second in the world for real salary increases in 2020, thanks to low inflation and rising productivity, according to a report.

The average real salary rise for workers in Vietnam in 2020 is projected to be 5.1 percent, up from 4 percent this year, according to the annual Salary Trends Report recently released by U.K.-based global data and research house ECA International.

“Workers in Vietnam and Thailand will both see further increases to their salaries, as the nominal salaries expected to be given by employers stay well ahead of the low levels of inflation that these countries will see in 2020,” said  Lee Quane, regional director of Asia at ECA International.

Inflation is likely to be 3 percent this year, and the government wants to keep it below 4 percent next year, Prime Minister Nguyen Xuan Phuc said in a report to the National Assembly last month.

According to the World Bank, Vietnam’s productivity growth of 5.7 percent in 2015-17 outpaced other Southeast Asian countries and was second only to China at almost 7 percent.

Asian countries occupy the top five spots in the global ranking, with India taking the top spot with the average real-salary increase for 2020 projected at 5.4 percent, according to the forecasts based on data collected during August and September by ECA International from 307 multinational companies across all major sectors of 68 countries and territories around the world.

Vietnam’s minimum wage, between VND2.92-4.18 million ($125-179) depending on location, is used by businesses to calculate salaries for their workers by multiplying the base level by a coefficient assigned to each worker, based on their skills and experience.