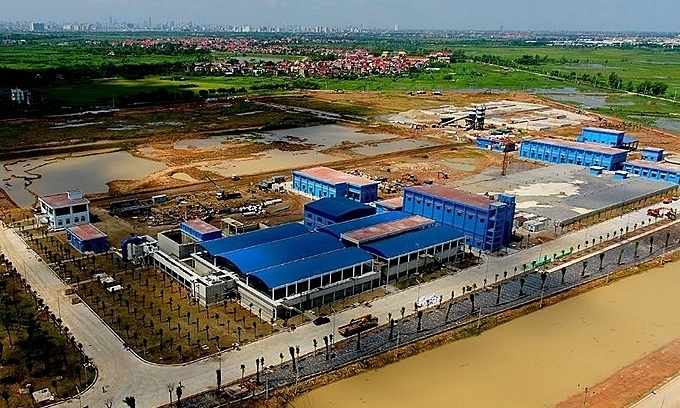 The sale of shares in northern Vietnam’s largest water treatment plant was worth VND2.07 trillion ($89.35 million). It was completed on October 25, according to a recent online statement released by WHA Utilities and Power Plc (WHAUP).

The acquisition is part of the Thai firm’s strategic plan to expand its utilities business outside the industrial estates of WHA Group, a leading Thai industrial property development corporation and WHAUP’s parent company.

“This investment marks another important step for WHAUP’s utilities business expansion in Cambodia, Laos, Myanmar, Vietnam, especially in Vietnam, as part of our long-term investment target,” the statement said.

Duong River Surface Water Plant JSC (DRSW) operates a water treatment plant in Gia Lam, an eastern fringe district of Hanoi. The plant, currently in its first phase, treats 300,000 cubic meters of water per day, and plans to expand this capacity to 1.2 million cubic meters per day by 2030.

The plant uses water from Duong River, which flows 68 kilometers through Hanoi and the northern province of Bac Ninh.

Once fully completed, the plant is expected to supply clean water to one third of Hanoi’s residents and some neighboring provincial districts (around 3 million people), and gradually replace the underground water source, which is at risk of pollution, the project’s web page says.

DRSW was established in 2016 as a joint venture between four investors who contributed a total of VND5 trillion ($215.8 million). At the time, Aqua One Water JSC, a private local water firm, held 58 percent in the company; investment fund Vietnam Oman Investment, 28 percent; state-owned Hanoi Water Limited Company, 10 percent; and NEWTATCO, a tech and tourism firm, 5 percent.

Based on changes to the company’s published shareholder structure, it is likely that in the latest transaction, Vietnam Oman Investment has sold its entire stake to WHAUP, while Aqua One Water has sold 7 percent.