The lack of financing had been the final bottleneck to project completion, said Tran Van The, Deputy General Director of the Trung Luong-My Thuan BOT JSC.

Previously, work had to be halted because the company failed to reach an agreement on bank loans and other investment requirements. 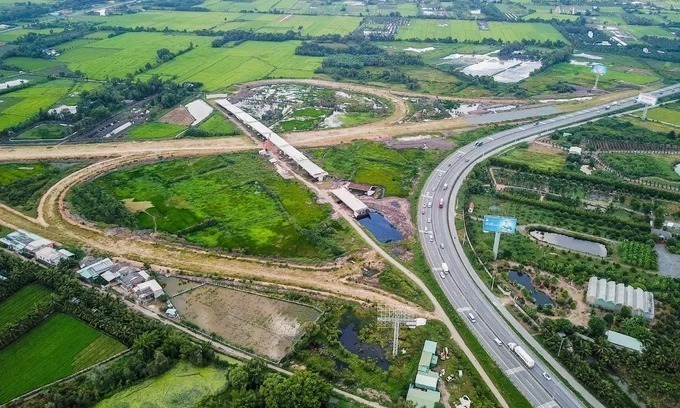 A section of the Trung Luong-My Thuan Expressway under construction.

“After the State Bank’s intervention, all procedural requirements and concerns over risk have been dealt with,” The said.

Due to difficulties in capital disbursement from co-financing banks, the government in August approved the sum of VND2.19 trillion ($94.2 million) in supplementary capital from the state budget to push forward construction. So far, VND1.39 trillion ($59.8 million) has been disbursed to Trung Luong – My Thuan BOT JSC.

Construction is 30 percent complete, contractors are working three shifts a day to ensure the project is finished by the end of 2020 as planned, said The.

Construction of the 51-kilometer expressway that will cross five districts in southern Tien Giang Province began in 2009 and was to be completed in 2013, but suffered multiple delays as one investor after another pulled out.